To Look and Feel Your Best Eat Mostly Whole Foods 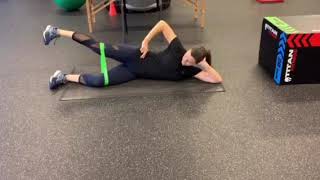 What is the Core?

If you asked ten people in the gym trainers included, about the Core, you would more than likely get 10 different answers. The notion of core training has been around for years and years. As far back as I can remember, people have been doing crunches, sit-ups, weighted side bends, and more. You could walk into any gym in the world and probably see someone doing some sort of “Core” exercise. But, when it comes down to truly training the core, most people aren't properly working the correct muscles. Don't get me wrong! I appreciate the effort and the motivation to better your strength in the midsection. Let's just try and be a bit more effective.

The Core is a very complex group of muscles primarily located in or near the midsection of the body. The main responsibility is to stabilize and transfer force during movement from the lower to upper body. In other words, your Core acts as a stabilizer and force transfer center rather than a prime mover. Yet, people train their Core as a primer mover and in isolation. Isolation movements such as crunches, leg lifts, and back extensions. There is a time and place for these. But, if you're looking for overall strength and functionality, some of the most common exercises challenge the Core muscles more effectively and efficiently! Yes. The Squat. The Deadlift. The Push up. All require the body to stabilize and transfer force from the lower to the upper body.

I like to use an analogy about the Core when talking with clients. I use a building as an example. If the building has a solid foundation, the chances of collapse are slim to none. Your Core is the foundation. If there's a crack somewhere, chronically over time, there's a good chance the tower will come down. The load transfer is not solid. There's a strength weakness. Within the body, if there's limited Core stability, the possibility of injury over time is enhanced. It's crazy. But, I've had clients with knee pain, only to be eliminated by doing some Core stabilization exercises.

So, how do you train the Core more effectively? Well, first off, your approach should be well rounded. The body moves in multiple planes with all kinds of moving parts. Because of this, the Core should be trained from various angles using different loads and multiple degrees of stimulation. You can work it in a Prone position. Standing. Quadruped. Seated. Kneeling. The Core can be challenged in the Sagittal (Forward/Back), Frontal (Side to Side), and Tranverse (Rotation) Plane. From earlier, I mentioned the Squat, Deadlift, and Pushup. These exercises primarily hit the Core in only one plane, the Sagittal. Great exercises due to the amount of load and multiple muscles involved, but the body also moves side to side and in rotation. There are so many great exercises out there. But, two of my favs are the Paloff Press and the Side Plank. Both have a Frontal and Rotational component.

Side Plank with Sword Draw

What I like about both of these exercises is that they are unilateral, meaning one side is primarily doing most of the work. With that, I always try to feel the difference in strength and stability between the two sides. If one feels less stable and strong, I'll put in a little extra time and focus on the weaker link. Start by doing 1-2 sets of 10-12 reps. Then, begin to add an additional set or two and more weight. Use these exercises and others to help build a strong foundation. In time, you will find greater stability and total overall strength!